Just one week ago, the fall semester began at SUNY Oneonta. Now, the campus has been shut down for in-person activities for two weeks as authorities try to control the spread of COVID-19. Oneonta Mayor Gary Herzig says it’s a “wake-up call.”

Plus, The Horseracing Integrity and Safety Act, a version of which has been promoted for years by Capital Region House Democrat Paul Tonko, now has a path forward in the Senate. Majority Leader Mitch McConnell of Kentucky announced Monday in Lexington that he will introduce the bill in the Senate, after getting support from The Jockey Club, Keeneland and Churchill Downs. 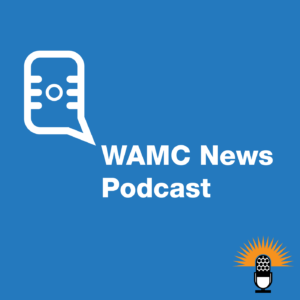 Ever since rioters overtook the U.S. Capitol on January 6, WAMC News has been gathering eye-witness accounts from the lawmakers who were pinned down that day in Washington, starting in the scary minutes as the siege was unfolding and continuing for the next several weeks. This is their story.