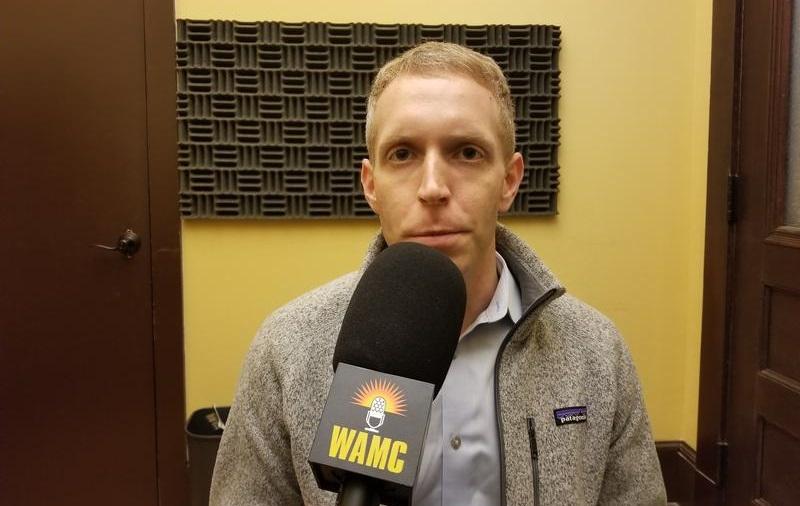 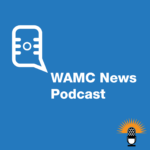 In an exclusive interview with WAMC, Holyoke, Massachusetts Mayor and Democratic congressional primary candidate Alex Morse responds to questions about alleged misconduct with students from his time teaching at UMass Amherst.

The Massachusetts Daily Collegian – the UMass student newspaper – reported Friday that Morse had been disavowed by the College Democrats of Massachusetts for inappropriate behavior with students. Morse, who taught at the college between 2014 and 2019, issued an apology to students he made uncomfortable while defending his conduct as consensual and not at odds with UMass policy.

In Monday’s interview with WAMC’s Berkshire Bureau Chief Josh Landes, Morse defended his actions and said he believes Neal’s campaign was involved in the publication of the allegations.

Neal’s campaign offered this statement: “No. The College Democrats independently came forward, and our campaign commends these courageous students.”

Landes: While you were teaching at UMass, did you have a relationship with a student at the college?

Morse: Well, I’ve been very clear about this. Everything I’ve done throughout my entire life has been a consensual relationship between two adults. I’ve been very clear that I have had personal relationships with students in the region that have been consensual over the years. And, you know, as someone that got into public office as a 21-year-old, single, openly gay, young person, I have always had to balance my personal life with my public life. And I will not apologize for being openly gay, for being a young person and for going on consensual dates. And for, you know, what I do in my private life. And I, like I said, I won’t apologize for that. And I think the larger question here really is, you know, why three weeks before the election am I being forced to talk about my personal life and my sex life? I mean, got into this race for Congress because I know this district needs leadership that understands the urgency of this moment. And we’re going to continue fighting for what we have been fighting for for the last 12 months over these final three weeks.

You’ve said that you think you’ll be cleared by UMass Amherst’s investigation. How do you plan on participating in that investigation? Are you going to provide transcripts of messages or detail the number of students involved in this part of your life?

Yeah, I mean, I have no idea what that looks like. I think again, maybe three weeks out from the election for me to even have to answer these questions, I think are, are quite ridiculous. And I think this is what happens when you go up against the power structure, like Congressman Neal. I am optimistic. I am- I welcome the investigation from UMass. I think it’s ironic I haven’t been contacted by UMass. I wasn’t notified by UMass. I don’t know what their process is. But like I said, I am happy to participate, to cooperate with that investigation. I have nothing to hide. And I look forward to that conversation. And I’m confident that the investigation will will corroborate the the statements that I’m making now and that I have made since Friday night. So, again, I am a 31-year-old openly gay person in my community, and I have never in my entire life had a nonconsensual encounter with anyone. And I’ve never used my position of power as mayor, or a guest lecturer at UMass for romantic or sexual gain or to take advantage of students. And I want to be abundantly clear about that.

In your statement on Sunday, and in our conversation now, you’ve talked about how you’ve never used that power in a problematic way. Can you sort of explain what that means to you? And how do you know that that’s how other people perceive the dynamic in these relationships?

Yeah, so I got elected mayor at age 22. And I’ve had to realize, obviously, over the last several years that my position follows me in every facet of my life, whether I’m at City Hall, whether I’m out in public, whether I’m on a date, right? I’m the mayor of the city of Holyoke, and that will follow me in every facet of my life. And so I was clear on Friday night and again, in my statements over the weekend and last night that if I unintentionally made someone feel uncomfortable, then that is their truth. And I can’t deny that. I honestly don’t think I have made decisions that would intentionally make anyone feel uncomfortable. And I’m very clear about that. I think when you look at this vaguely worded email to me on Thursday morning, there is no allegation of content of messages. There are no specifics in the communication. And again, I’m in a position now three weeks before the election where rather than talking about policy, which Congressman Neal can’t win on, I’m being, you know, in a position now to talk about, again, my personal life.

You’ve talked about feeling held to a different standard because you’re a gay man. In your view, would it be acceptable for a straight person in a similar position in their late 20s or 30s who teaches college classes to similarly have a relationship with a student?

You’ve brought up numerous times that this is coming up three weeks before the primary. Do you feel like the Neal campaign had involvement in the publication of these allegations?

I do. I think this is what happens when you go against power. And I think- I would not be surprised if in the coming days more information comes to light that sheds light on this this process and what happens behind the scenes of a campaign like this, that allows for unsubstantiated allegations to become a media narrative that is basically a political smear and attack three weeks before a primary election. This would not be happening if I wasn’t a candidate for Congress, this would not be happening if I wasn’t on the verge of defeating one of the most powerful Democrats in this country. If we weren’t on the verge of building a grassroots movement of thousands of donors and volunteers in every corner of the 87 cities and towns, and I welcome a debate with Congressman Neal next Monday. I will be on the debate stage alongside him. And while he again wants to talk about my personal life, I want to talk about the issues and the policies and the vision for where we want to take this district. And so it is absolutely no accident, and the people of this district, the people of Holyoke, see it for what it is, and I trust the voters of the district to see what it is.

At this point, do you feel like it was a mistake to have messaged students initially over dating apps and social media?

No. Again, I mean, I, I’m an adult, and I will not apologize for being a gay person using gay dating apps and having conversations with other adults. And I think it’s a- Yeah, I think it’s an interesting question, because, again, we shouldn’t be policing people’s personal relationships in private that are consensual between adults. And I imagine that folks listening had to answer these questions on a radio they would understand. All of us have jobs, we have lives, we have families. And so I will not apologize for having conversations with other adults on gay dating apps. This is who I am and I won’t apologize for it.

You’ve said that you’ll release people from their endorsements. How much support has this cost you over the course of the weekend?

I have to say I’ve been incredibly encouraged by the outpouring of support I’ve received since Friday night. I mean, from from supporters and friends, people here at Holyoke, from every corner of the district, emails and text messages and social media posts. Again, I’ve always had faith in people and faith in the voters. And while Congressman Neal doesn’t have that faith, that he thinks something like this can happen three weeks before the election, and voters will be fooled. I have faith in the people of the first congressional district to understand this for for what it is. And so I am just incredibly proud of my supporters, from city councilors to everyday voters, to organizations to union members that are standing by this campaign’s side because they recognize as I do, that this is more than just about Alex Morse. This isn’t just about me, this is about what we’re fighting for, about what we’re going up against. And we need to make sure that we’re in the fight over the next three weeks to give this district the leadership that it deserves.

Have any of the major progressive organizations supporting you like MoveOn or the Working Families Party at this point dropped their support. I saw the Sunrise Movement. Has anyone else withdrawn their support at this time?

Not that I’m aware of.

To go back to the larger question here: In 2020, after years of conversation about the #MeToo Movement and other topics like that in our society, do you think it’s acceptable at this point for an elected official to have a relationship with an undergraduate college student, just as a general premise?

I think it’s a pertinent question given the responsibility inherent to the role of an elected official, which many do not have access to. And it’s a kind of power that most are unfamiliar with. So I think that’s the dynamic that that question comes from.

I mean, we’re gonna keep focusing on our campaign over the next three weeks. We’re going to continue knocking on doors, making phone calls, talking to voters about the issues that actually matter to them, I think, more so than my sex life. I mean, families are struggling to put food on the table, to get access to health insurance, to make sure they have access to stable housing and transportation. In very basic things, particularly in the middle of this pandemic. And talk about abuse of power- We have a member of Congress that has been abusing his power on behalf of corporations and special interests for more than 30 years. And it’s time we have a member of Congress that is willing to get in the fight for everyday people in this district. And over my nine years as mayor, I’ve acknowledged when I’m human, I’ve acknowledged when I make mistakes, and that’s the type of member of Congress I will be. I will be honest, I will be transparent, I will be forthright and I’m a human. Yes, I’m the mayor of the city of Holyoke. But I’m also like I said before, a person. And I look forward to talking to voters directly over the next three weeks about why we’re in the fight and why it’s so important that we get new leadership here in Western Mass.