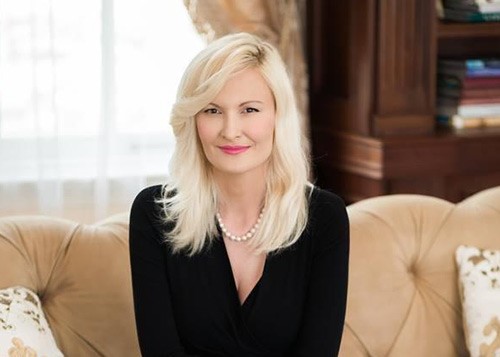 On this week’s 51%, a genocide survivor tells her story that began in Bosnia and crossed into the U.S. Plus, a filmmaker explores new ways of indigenous storytelling.

In 1992, a teenager in Bihac, Bosnia, was told by her best friend they couldn’t speak anymore. Her friend didn’t say why, but she knew the reason: She was Muslim. Amra Sabic-El Rayess was 16 years old when she saw the first sign her world was changing. Then Muslim refugees from other Bosnian cities started arriving, fleeing Serbian persecution. In her new book The Cat I Never Named: A True Story of Love, War, and Survival she recounts her childhood during the Bosnian War.

After surviving ethnic cleansing and more than 1,100 days under the Serbs’ military siege, she immigrated to the United States. She earned a BA in Economics from Brown University. Later, Sabic-El Rayess earned two Master’s degrees and a Doctorate from Columbia University, where she is a professor working on understanding how and why societies fall apart and what role education can play in rebuilding decimated countries. She spoke with 51%’s Elizabeth Hill about the days leading up to the siege.

Now we hear from Missy Whiteman (Northern Arapaho and Kickapoo) a Minneapolis filmmaker. Whiteman is exploring new ways of Indigenous storytelling with expanded cinema and new technology. The Coyote Way: Going Back Home, is a two-dimensional short sci-fi film that is transformed into The Coyote Way: X – Expanded Cinema Experience. It is shot in 360 degrees, uses virtual reality, and sometimes includes video synthesizer, projection, performance, live score, and audience participation. This story was produced by Dixie Treichel.