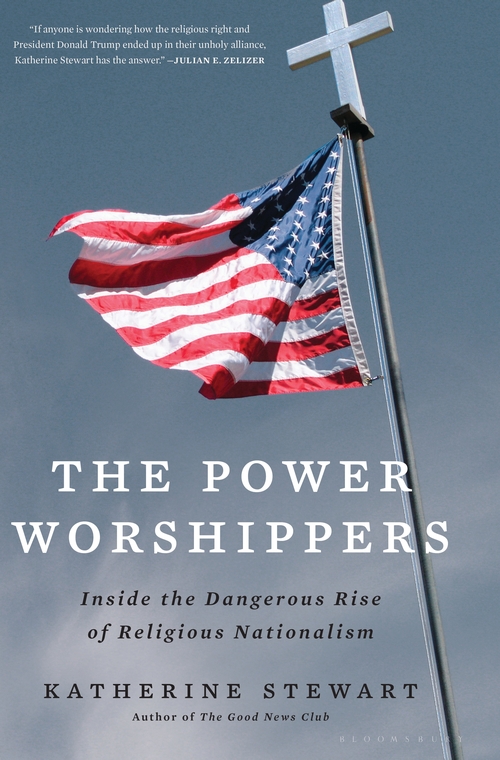 On this week’s 51%, a reporter dives into the rise of religious nationalism, a rapper talks about her music and experience and the VA wants to build more trust among female veterans when it comes to health care.

Author and New York Times contributor Katherine Stewart was disturbed by the religious right, which she believes has masqueraded as a social movement preoccupied with cultural issues such as abortion and same-sex marriage. In her latest book The Power Worshipers: Inside the Dangerous Rise of Religious Nationalism, Stewart’s on-the-ground reporting reveals the movement’s political motives and its ultimate goal of power by showcasing the inner workings and leading personalities. She spoke with 51%’s Elizabeth Hill about why she began her investigation more than a decade ago.

Last year 20,000 women transitioned out of the military. Yet compared to men, they’re much less likely to get their medical care through the Department of Veterans Affairs. So the agency has stepped up its efforts to convince female veterans to give VA healthcare a chance. Jennifer Brookland reports for the American Homefront Project.

Next, we meet a rapper who says there aren’t enough women in the genre. KFAI’s Dixie Treichel produced this audio portrait.

That’s our show for this week. Thanks to Tina Renick for production assistance. Our executive producer is Dr. Alan Chartock. Our theme music is Glow in the Dark by Kevin Bartlett. This show is a national production of Northeast Public Radio. If you’d like to hear this show again, sign up for our podcast, or visit the 51% archives on our web site at wamc.org. And follow us on Twitter @51PercentRadio This week’s show is #1617.