#1567: Viewers Radicalize Fox News & A Newspaper Café Channels Funds Back Into The Newspaper | The Media Project 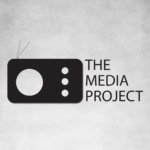 The Media Project is an inside look at media coverage of current events with WAMC’s CEO Alan Chartock; Former Times Union Editor Rex Smith; Judy Patrick, Vice President for Editorial Development for the New York Press Association; and Barbara Lombardo, Journalism Professor at the University at Albany. On this week’s Media Project, Alan, Rex, Judy and Barbara talk about how Fox news has been radicalized by their viewers; how the Justice Department went after reporters’ emails; a Texas newspaper’s café that channels funds back into the newspaper, and more.