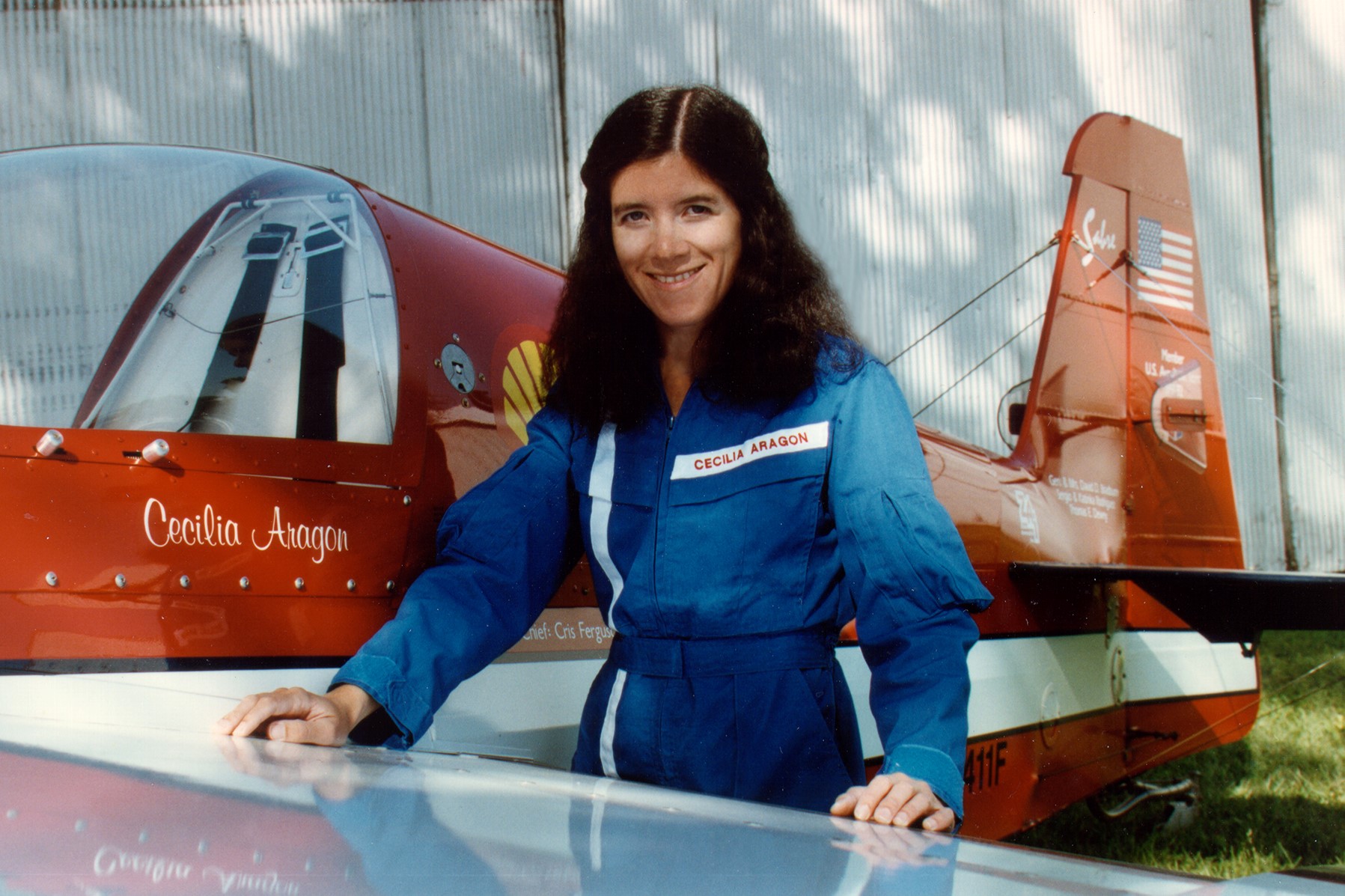 Cecilia Aragon is a professor, pilot, computer scientist, and author.  This week on 51% she’ll talk about how flying helped her face many fears.

The daughter of a Chilean father and a Filipina mother, Cecilia Rodriguez Aragon grew up as a timid child in a small Midwestern town during the 1960s. Targeted by school bullies and dismissed by many of her teachers; she worried that people would find out the truth… She was INTF. Incompetent. Nerd. Terrified. Failure. This feeling stayed with her well into her 20s. Yet in the span of just six years, Aragon became the first Latina pilot to secure a place on the United States Unlimited Aerobatic Team.

Dr. Cecilia Aragon is now a professor of Human-Centered Design and Engineering at the University of Washington. In her new book Flying Free: My Victory Over Fear to Become the First Latina Pilot on the US Aerobatic Team, she chronicles her story of breaking free from expectations and rising above her own limits. Aragon spoke with 51%’s Elizabeth Hill about her transformation.

And now we tune into Possibly, which looks at the science behind proposed environmental solutions, taking on massive problems like the future of the planet and breaking them down into smaller q & a’s. For more information go to thepublicsradio.org/possibly.

Possibly is a co-production of the Institute at Brown for Environment and Society and the Public’s Radio in Providence, Rhode Island.