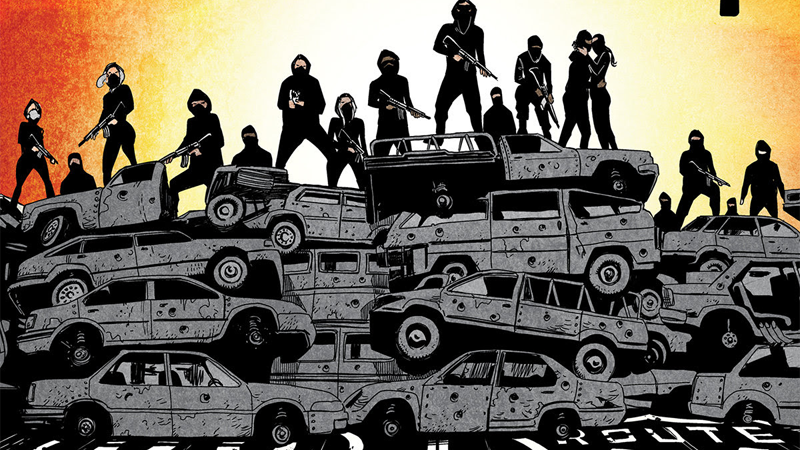 What if California seceded from the United States? We speak to the creator of the new comic book series CalExit on the latest episode of RetConned.

The notion of a fascist, autocratic President taking control of the United States seems less and less like the stuff of dystopian fiction these days, and the growing cultural divide in the country has many pundits and scholars wondering whether the nation can weather this socio-political storm.

But what if it doesn’t?

In the new comic book series CalExit by writer Matteo Pizzolo and artist Amancay Nahuelpan, the rise of just such a President pushes the state of California to the brink, and the state — which would have the world’s sixth largest economy if it was a country — decides to fight back. The story follows a pair of California residents who find themselves on the run, and unfolds against the backdrop of an occupied state where various factions have emerged to wrest control of the agricultural and economic power of the West Coast.

RetConned spoke to Pizzolo about the series, the roots it has in our current national predicament, and what it says about one possible future for our nation in this time of crisis.