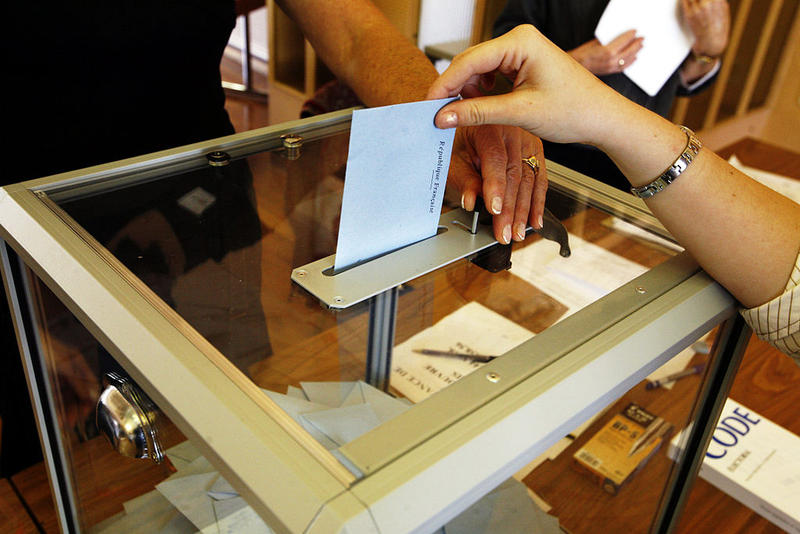 Last week’s challenge
Start with the phrase NIGHT GAMES. Change one letter to an N (not the one that’s already there, as usual) and you can rearrange the result to spell a two-word phrase (four letters, six letters) for what someone usually does before a baseball game. What is it?
Answer: If you change a G to an N, you can spell SING ANTHEM.

THIS WEEK’S CATEGORY: ELECTIONS
On-air questions: We’re finally here: by the time we meet again one week from now, the U.S. will have a new president-elect (barring any hanging chads, Electoral College ties, or recounts). In honor of the end of a months-long election cycle, today’s show is all about elections.

1. Theresa May is the current prime minister of Great Britain. She succeeded David Cameron in July after seeking the leadership of the Conservative Party. Cameron was forced to step aside after 52 percent of the country voted in favor of what six-word movement?
2. Although prognosticators like to warn of its possibility with every U.S. presidential election, just one has been decided by the House of Representatives after no candidate received an Electoral College majority. Who won the election of 1824, becoming the first president related to a previous president?
3. What is the last name shared by a cartoonist who released a book this year covering 30 years of cartoons about Donald Trump and a politician who is the second in his family to lead Canada?
4. 21 votes are all that separate Sweetums heir Bobby Newport, played by Paul Rudd, from which challenger in the race for a city council seat in Indiana in season four of what NBC comedy?
5. Although they don’t have term limits, just two U.S. states today have two-year gubernatorial terms and indeed, will be voting on Tuesday for governor. These states share a border partially made up of the Connecticut River. What are they?

This week’s challenge
Start with the name of the 21st president, Chester Arthur, who is buried in Albany Rural Cemetery. Rearrange the letters of his name and you can spell a two-word term (8,5) for what a lot of journalists have done this election season. What are the words?

Extra credit
1. Among the eight U.S. presidential elections in which the victor earned more than 90 percent of the Electoral College vote, only one person pulled the feat off twice. Who was it?
2. Speaking on the campaign trail recently in Florida, who said: “Your vote really, really, really counts. You can consider me as an Exhibit A.”?

Answers
1. Brexit (May is the second female PM of Britain following Margaret Thatcher)
2. John Quincy Adams, who defeated Andrew Jackson, despite the fact that Jackson had won the popular vote; Jackson defeated Adams four years later
3. Trudeau (Garry and Justin)
4. Leslie Knope, Parks and Rec (by the end of the series, it is implied that Leslie becomes president in the future)
5. Vermont and New Hampshire (Under both New Hampshire and Vermont law, the state Attorneys General are required to meet and walk the border once every seven years.)