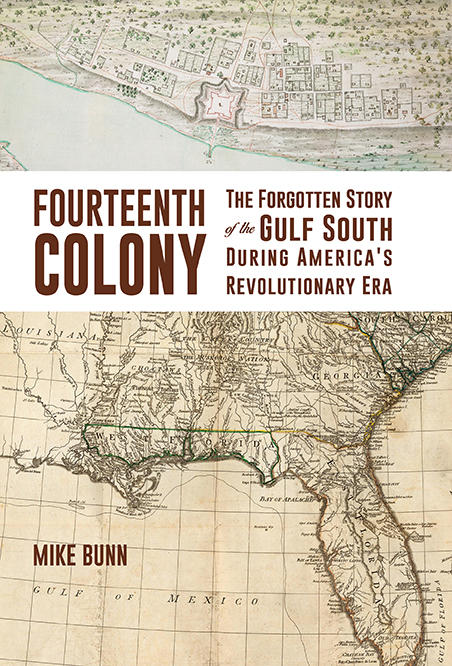 If you say “the thirteen colonies”, pretty much everyone knows you’re talking about America before the revolutionary war. But there’s more to that historic and geographic story.

This week, we open history class and hear about West Florida, the forgotten 14th colony.

When Betsy Ross designed that flag with 13 stars and 13 stripes, everyone at the time knew there was a lot more land out there and there would likely be additions coming. However, at the time, there was already a functioning 14th colony on the Gulf Coast and it had changed hands between Spain and Great Britain a few times…with France in there around the edges. That’s the story Mike Bunn tells in his fascinating new book called Fourteenth Colony – The Forgotten Story of the Gulf South During America’s Revolutionary Era. Mike Bunn is on the board of directors of the Alabama Historical Association and is Director of Historic Blakeley State Park in Spanish Fort, Alabama. I asked him why he wanted to tell the story of the colony of West Florida?

Spring training baseball is getting underway and that means we are a few weeks away from the start of the regular season. We hope. That also means my status as a long-suffering NY Mets fan proves once again that I am no fair-weather fan. And that’s a roundabout way of saying that’s the topic of today’s Academic Minute.