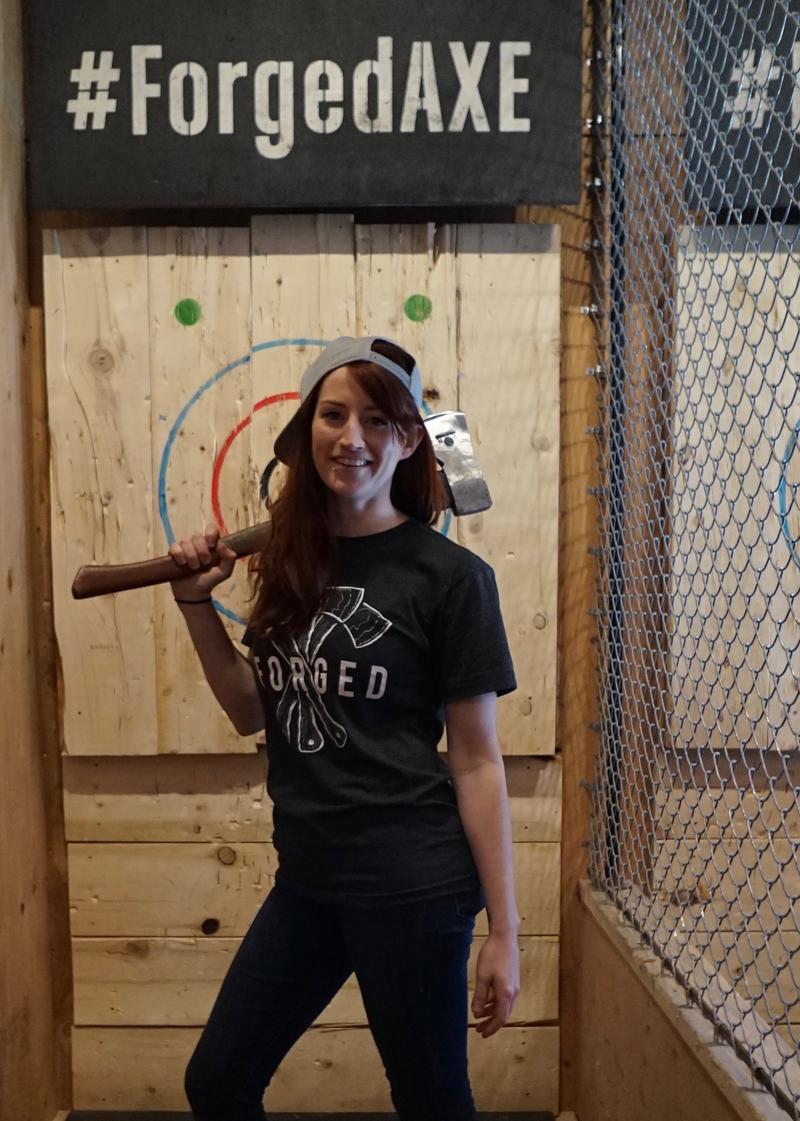 On this week’s 51%, we bring you a few stories focused on women and the military… from U.S. Senator Kirsten Gillibrand’s calling out a report on sexual assault to the Secretary of Veterans Affairs take on the report to the moving process. And in civilian life, we’ll learn about axe throwing.

The Department of Defense recently released a report showing that sexual assaults in the military have increased. Democratic Senator from New York Kirsten Gillibrand spoke her mind during a Senate Armed Services Committee hearing in early May, addressing General James McConville, nominated to be Chief of Staff of the Army. She refers to SAPRO, which is the Sexual Assault Prevention and Response Office that conducts and reviews research to evaluate the effort and impact of sexual assault prevention and response programs across the Department of Defense.

There is proposed bipartisan legislation in the House to direct the Secretary of Veterans Affairs to submit a report to Congress on the availability of prosthetics for women veterans. Republican New York Congresswoman Elise Stefanik is co-leading the legislation with Democrat Chris Pappas of New Hampshire. Stefanik says the VA has a long history of developing and providing state-of-the-art prosthetic technology and rehabilitation services for veterans with amputations. However, the research is largely focused on developing prosthetics for men, and has failed to take into account the difference in women’s body types during the creation of this technology. This legislation is supported by multiple veteran service organizations, including the Disabled American Veterans Department of New York.

After years of complaints, the Pentagon is trying to reform the way it manages the moving process for military families. The current system is plagued by delays, lost shipments, theft, and lack of accountability, as Carson Frame reports for the American Homefront Project.

In the last 10 years, axe throwing has become an international phenomenon, building a worldwide community of passionate axe throwers and a number of axe throwing venues. Most people discover axe throwing through a trip to a venue for, say, a birthday celebration or Friday night work social. For them, axe throwing goes from a fun night out to a weekly staple. They join axe throwing leagues and could discover not just their new favourite sport, but their tribe: like-minded, friendly people who love throwing axes and making friends. And it’s not just local leagues that offer competitive axe throwing these days. There are national and international axe throwing competitions that are becoming serious business. Thirty-year-old Krista Mackie began her axe-throwing journey a little over a year ago in Whistler, Canada. She has since gone on to compete at the annual National Axe Throwing Championships in Toronto, where there’s a $20,000 prize pot. Mackie tells 51%’s Elizabeth Hill that it was actually her boyfriend’s joke that helped get her into the sport.