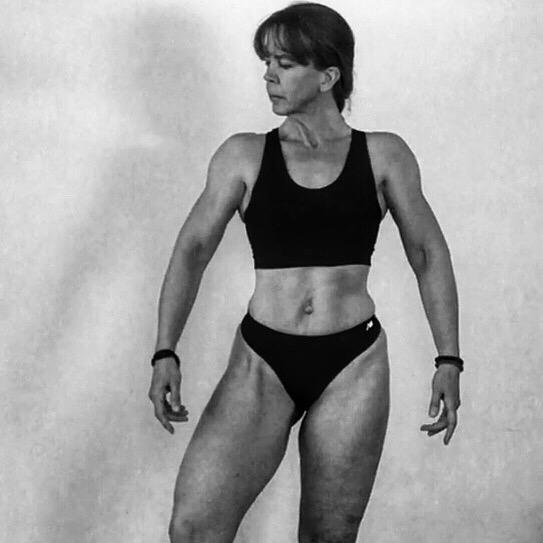 On this week’s 51%, meet a woman whose bodybuilding is a source of both physical and mental strength; a college student launches a program to provide free sanitary products and a woman who was diagnosed with breast cancer talks about a treatment that saved her hair.

Bodybuilding is no easy feat. Bodybuilders spend endless hours in the gym. They count carbs and grams of fat meticulously. Why? To get ripped, maybe. But for Melissa Verdi, it’s more than that. Ruby Schwartz reports from Massachusetts.

MADRID (AP) — A record crowd of 48,121 attended a women’s soccer match between Athletic Bilbao and Atletico Madrid in Spain recently. Athletic says it was the largest ever attendance for a club-level women’s match in Europe. The record for any women’s match was the 90,185 people who watched the 1999 World Cup final between the United States and China at the Rose Bowl. In 2015, a women’s game between England and Germany drew 55,000 fans to Wembley Stadium in London.

A student at the State University of New York at Fredonia has started an initiative to provide free sanitary products to students on campus. WBFO’s Eileen Buckley says the program is called FREDFlo.

BOSTON (AP) — Massachusetts prisons officials have for the first time moved a transgender inmate from a men’s prison to a women’s prison. Court filings show that the 54-year-old inmate, who has lived as a woman and received hormone therapy for decades, was transferred in September from MCI-Norfolk to the state women’s prison in Framingham. The prisoner’s lawyer, Jennifer Levi, tells The Boston Globe that she thinks it’s the first time a transgender inmate anywhere in the U.S. has been moved to a facility that corresponds to her gender identity. The Department of Correction declined to comment on the case’s specifics, but said it acted in accordance with a new Massachusetts law designed to protect transgender inmates’ rights. The inmate, whose name wasn’t disclosed, is serving a three- to four-year sentence for a nonviolent drug offense.  Information from: The Boston Globe, http://www.bostonglobe.com

We’re back with Dr. Sharon Ufberg and her 51% segment “Force of Nature.” This time, she interviews Kasha Wasylak, a 28-year-old working mother who lives in Boston with her husband and 2-year-old daughter. At age 26, she found a lump on her left breast a year before her wedding, so the thought of losing her hair during chemotherapy treatment upset her. However, a year later, she walked down with aisle with nearly a full head of hair. Now, she is open to sharing how she was able to spare a good amount of her hair using a scalp cooling treatment during chemotherapy. Dr. Sharon Ufberg is co-founder of the personal development/wellness company, Borrowed Wisdom, in California.

JEFFERSON CITY, Mo. (AP) — State legislatures across the country are convening this year with at least 17 new women in top leadership roles, after a record-setting election for female candidates. But those gains are offset by another reality: At least a dozen women who led their legislative chambers or caucuses last year will no longer be doing so because of term-limits and decisions to seek higher office or retire. The bottom line is that women made only modest gains in legislative leadership positions despite their electoral success. They will hold at least 34 of the 195 top spots in House and Senate chambers across the country. That’s up slightly from 30 top leadership positions last year.

“Contributions to 51% #1542 come from the Associated Press. All Rights Reserved.”

On this week’s Media Project, Alan, Rex, Rosemary and Barbara talk about partisan media growing in the U.S.; the rise of more women into leadership positions in journalism; what journalists can do in the age of misinformation, and more.