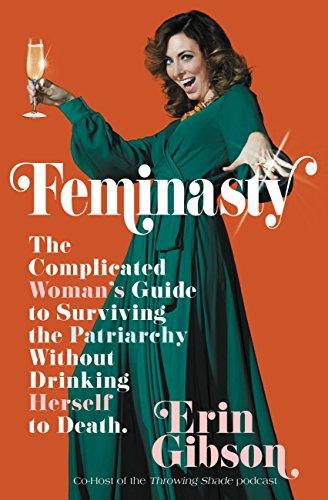 On this week’s 51%, a woman uses comedy to espouse feminism; another comedian comes at the art a bit differently; and women veterans are leading the way when it comes to going into business for themselves.

Erin Gibson calls herself a Southern loudmouth. She’s the creator of the long-running, Emmy-nominated “Gay of Thrones” web series (a parody of the popular “Game of Thrones) and half of the “Throwing Shade” podcast. Gibson has now authored her debut book of comedic essays entitled, “Feminasty: The Complicated Woman’s Guide to Surviving the Patriarchy Without Drinking Herself to Death.” Gibson’s aim is to uplift women at every opportunity. And she isn’t afraid to shed light on the hidden rules that make life as a woman unnecessarily difficult, and in Feminasty, she deconstructs these rules in a way described as bold, provocative and hilarious. I asked her why she wrote the book.

That was Erin Gibson. Her debut book is “Feminasty: The Complicated Woman’s Guide to Surviving the Patriarchy Without Drinking Herself to Death.”

Maggie Faris is a Minnesota comedian. She’s produced two CDs and co-hosts Magnotronic, a weekly comedy podcast. KFAI’s Dixie Treichel spoke with Faris about what she ferrets out as funny.

Around the country, state governments and other agencies are trying to promote entrepreneurship among military veterans. Former service members are slightly more likely to go into business for themselves, compared with their civilian counterparts. And women veterans are leading the way. Bobbie O’Brien reports from Tampa, Florida.