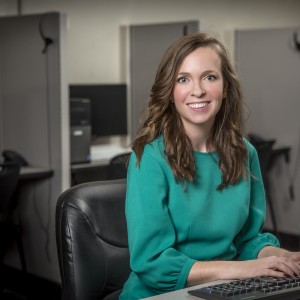 On this week’s 51%, we’ll speak with a political scientist who works to give more women in the field a voice. And we hear about support and advocacy for domestic workers in Texas.

Often when we’re talking about women and science, we’re talking about physics, molecular biology or chemistry, those kinds of sciences. But what about political science? Where are the female political scientists when it comes to media or academia? Kathleen Searles and fellow female political scientists got tired of wondering and took action. Searles sits on the editorial board of #WomenAlsoKnowStuff, an initiative to promote and publicize the work and expertise of scholars in political science who identify as women. There’s a searchable database to help academics and journalists identify and connect with women academics conducting research on a multitude of issues related to the study of politics.

Searles is an assistant professor of political communication with a joint appointment in the Political Science department and Manship School of Mass Communication at Louisiana State University. Her research examines the content of partisan news, poll coverage, and the influence of emotional appeals in campaign ads.

That was Kathleen Searles, assistant professor of political communication with a joint appointment in the Political Science department and Manship School of Mass Communication at Louisiana State University. She is on the editorial board of #WomenAlsoKnowStuff, an initiative to promote and publicize the work and expertise of scholars in political science who identify as women. The site also provides a list of websites representing women in other fields and professions.

ATLANTA (AP) — An analysis by The Associated Press finds that many state lawmakers accused of sexual misconduct in the #MeToo era are having success running for re-election or new legislative seats. Roughly two dozen of the 70 state lawmakers who have been publicly accused of sexual misconduct are running for re-election or another office this year. Of those, 15 have already advanced to the November 6 general election. Kelly Dittmar, an assistant professor of political science at Rutgers University, said the relative political success of accused state lawmakers suggests that voters are unsure how to respond. That is true even in states where voters have a history of supporting female politicians and traditionally liberal issues.

Next, we’ll hear a piece from: Stories from Deep in the Heart, a project of Texas Folklife. It’s about immigration and labor, domestic labor, and a group in San Antonio that supports and advocates for women in this work.

“Contributions to 51% #1514 come from the Associated Press. All Rights Reserved.”