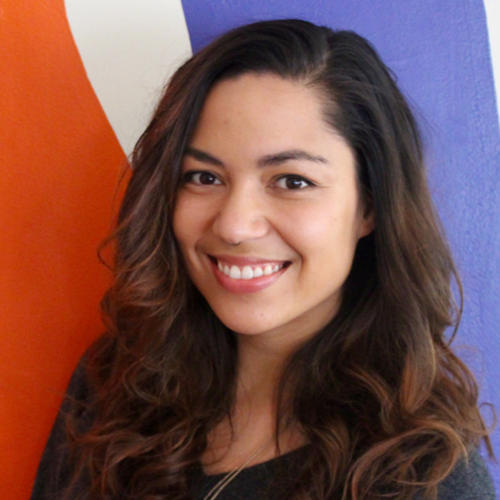 On this week’s 51%, we meet a woman who teaches empathy. And she talks about the difference between boys and girls when it comes to empathy.

Emily Abad is someone who was raised to put others’ needs ahead of her own and not speak up for herself. And so she struggled to find a balance between empathy and assertiveness. When her religious father refused to accept her after she came out as gay, she was at a loss as to what to do. Then she began working with kids at The Mosaic Project, an experiential education program addressing issues of diversity, empathy and conflict resolution. Teaching kids the power of speaking their truth from a place of love helped Abad to find her own voice. Inflection Point host Lauren Schiller spoke with Abad, director of programs for the California-based Mosaic Project, whose mission is to work toward a peaceful future by uniting children of diverse backgrounds, providing them with essential community building skills, and empowering them to become peacemakers.

That was Emily Abad, director of programs for The Mosaic Project. She was speaking with Inflection Point host Lauren Schiller, produced at KALW in San Francisco. Hear Schiller’s other conversations at inflectionpointradio.org, and on her Inflection Point podcast.

WAMC Podcasts
#2103: Cuomo Says "We Are At War” With COVID & Security At State Capitols Stepped Up | The Legislative Gazette

This week on The Gazette, New York Governor Andrew Cuomo on Monday gave what he says is the first of four State of the State speeches. The Democrat says fighting the COVID-19 pandemic will be the top priority. Our political observer Dr. Alan Chartock shares his thoughts on the governor’s message to New Yorkers. Also, […]