#1490: Prioritizing Motherhood And Lobbying For A Carbon Tax 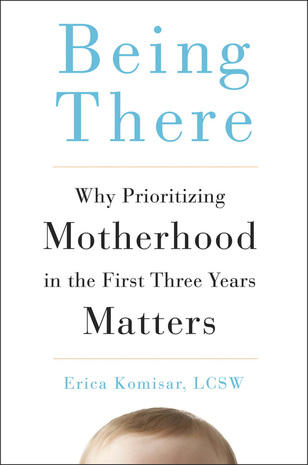 51 Percent
#1490: Prioritizing Motherhood And Lobbying For A Carbon Tax

On this week’s 51%, a psychoanalyst shares her views on prioritizing motherhood, we hear from women working to see climate bills passed in their state and a sexual assault prevention program trains staff in bars and restaurants.

The impact of a mother’s physical and emotional presence on a child’s wellbeing is a topic of great debate in the United States. In today’s society, the need for financial stability, coupled with a contemporary push for gender equality, has given birth to a rise in the number of parents working outside the home. But what effect does the daily physical absence of a mother really have on her child? Psychoanalyst Erica Komisar argues that research shows it is one of the triggers of social disorders in children. Her argument however, has become somewhat controversial. 51%’s Jessica Bloustein Marshall recently spoke with Komisar about her new book, “Being There: Why Prioritizing Motherhood in the First Three Years Matters,” and asked Komisar how she came to write the book.

That was psychoanalyst Erica Komisar, speaking with 51%’s Jessica Bloustein Marshall. Her book is entitled “Being There: Why Prioritizing Motherhood in the First Three Years Matters.”

There’s a new program in Ulster County, New York, to help prevent sexual assault. The Ulster County executive says the program that provides bystander training for bar and tavern staff is the first such program in the state.

A group of businesses in western Massachusetts has announced a formal effort to combat human trafficking. Led by MGM Springfield, a casino set to open this year, local business leaders from the hospitality and transportation industries have been meeting on the issue since 2017. Social worker Jen Falcone  is coordinating the efforts, and she spoke with 51%’s Paul Tuthill.

That was Jen Falcone, speaking with 51%’s Paul Tuthill about an effort to combat human trafficking.

The tag line the environmental community is using to spur climate legislation is “100% for climate action.” It’s one that’s gaining support from a variety of stakeholders in the state of Washington – business leaders and city council members. And though they may not agree on the exact language in bills making their way through the state legislature, their show of support for carbon pricing could thread the legislative needle. Martha Baskin reports from a climate lobby day in the state.