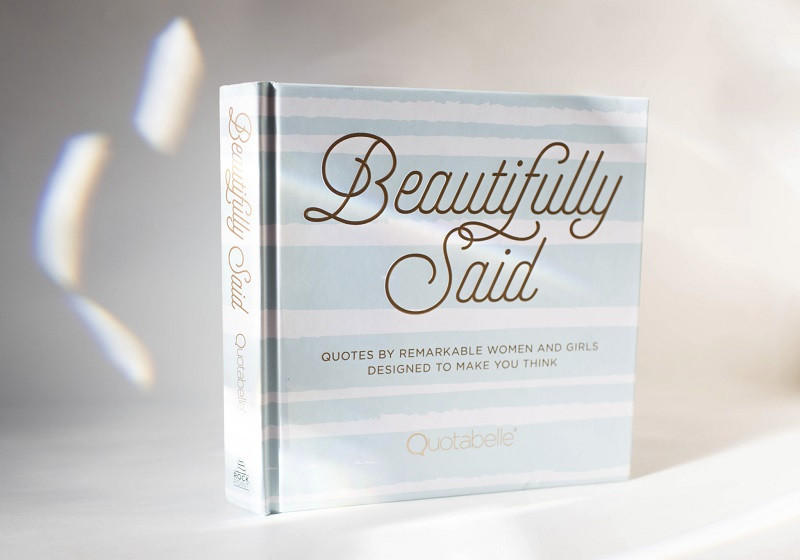 On this week’s 51%, we hear about the need to fill the vacuum of quotes by contemporary women, and we’ll hear the story behind the song “I Will Survive.” Yes, that one — THE women’s empowerment anthem.

I was doing some spring cleaning and came across one of the gift books I’d received many years ago, you know the ones, the square, 2-inch-by-2-inch books with a theme, like how to grow your own Bonsai garden or, in my case, quotes from famous women. I thought, hmmm, before I recycle I’ll read some quotes and, if inspired, perhaps include some on 51%. Except I wasn’t inspired. I was irritated. My rough math came up with about 90 percent of the quotes having to do with men. Surely women have much more to say. So imagine my keen interest in learning about a book entitled “Beautifully Said, Quotes by Remarkable Women and Girls Designed to Make You think.” The book is from Quotabelle, a place for quotes by women and girls, and the stories behind them, a personal inspiration gallery if you will, connecting people and ideas and introducing more female role models. I spoke with Quotabelle founder Pauline Weger about how she came upon the idea to assemble a collection of quotes from missing voices, contemporary women’s voices, that need to be heard, or read. It all started when Weger was writing a book, not the one with the quotes.

That was Pauline Weger, founder of Quotabelle, whose first book with co-author Alicia Williamson is “Beautifully Said, Quotes by Remarkable Women and Girls Designed to Make You think.” For more information, go to quotabelle.com.

Originally released as a B-side, so many deejays began playing Gloria Gaynor’s “I Will Survive” that the record company reissued it as a single. It was immediately embraced as an emblem of women’s empowerment and soon became anthem among the LGBT community and survivors of all kinds. Music writer Vince Aletti joins Gaynor herself to tell the story of the recording.

This piece was produced by Devon Strolovitch for BMP Audio and originally broadcast on PRI’s Studio360.