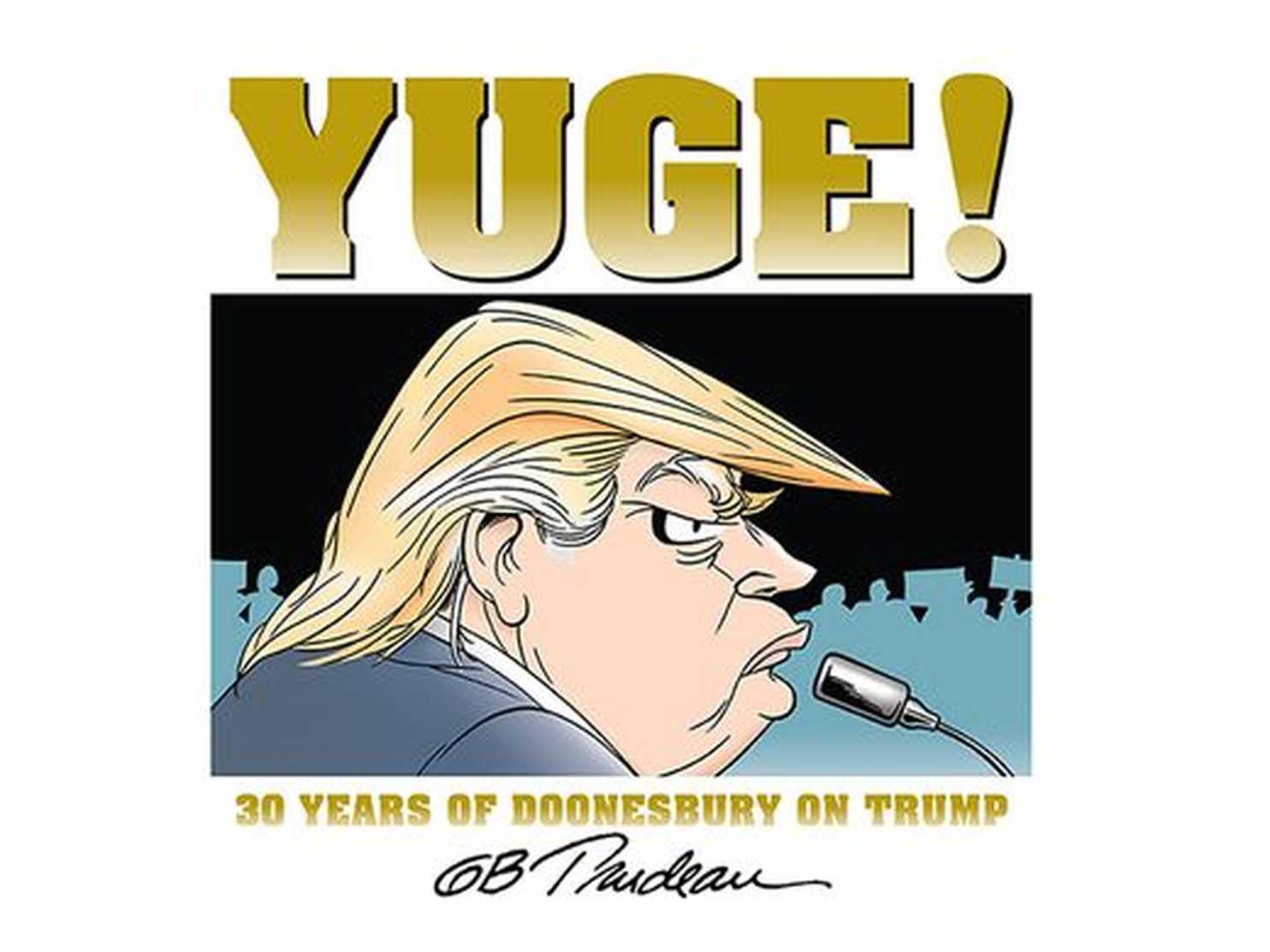 It was 1987 when the “Doonesbury” comic strip first imagined a Donald Trump presidential run. Since then, Trump has been a recurring character in cartoonist Garry Trudeau’s Pulitzer Prize-winning comic.

Over the years “Doonesbury” has taken on everything from Trump’s hair to his ego to his rampant use of insults. Those cartoons have just been collected in a new book titled Yuge!: 30 Years of Doonesbury on Trump.