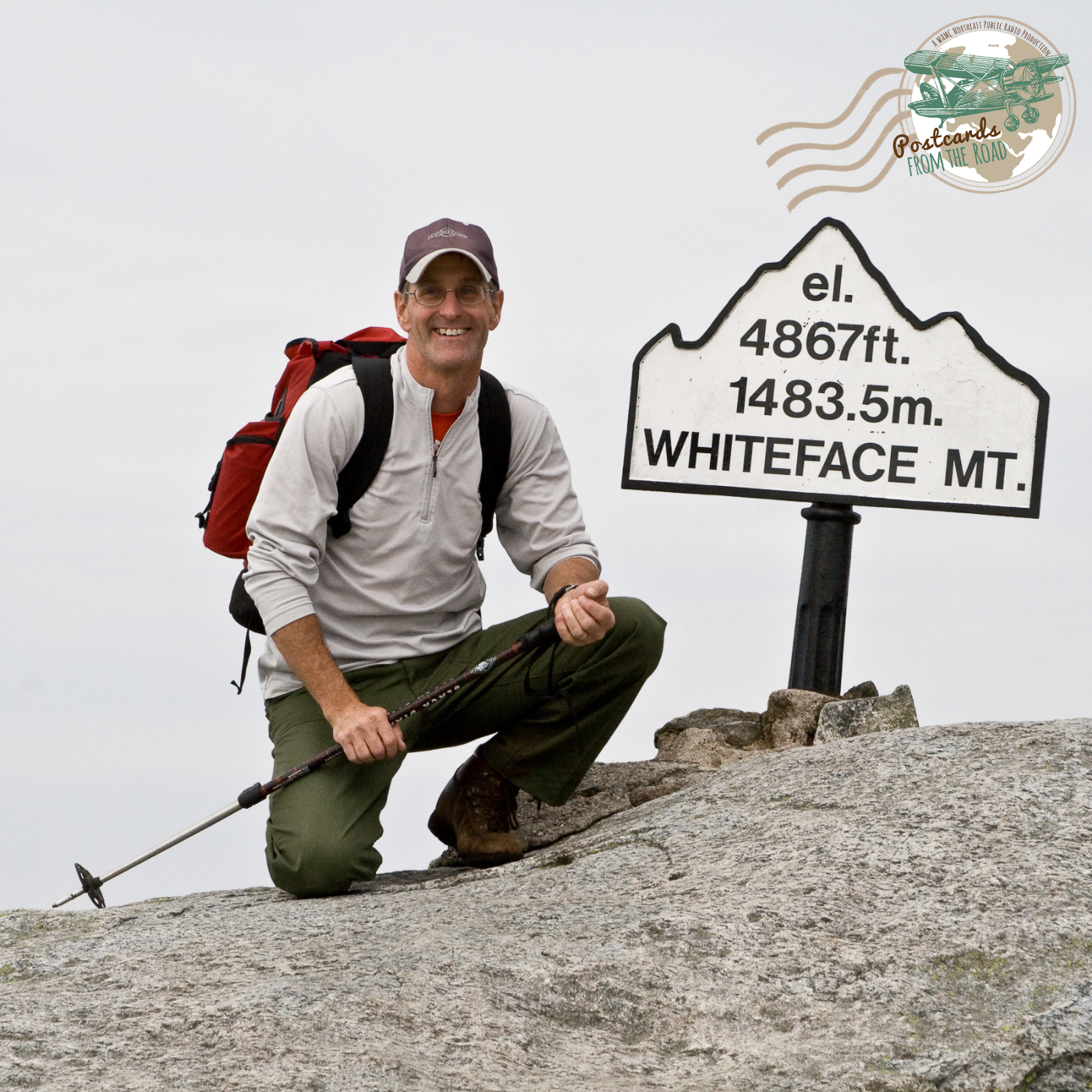 Postcards From The Road
One Man, 46 Peaks | Rick Reed

Rick Reed, 63, is a retired postmaster and hiking enthusiast. Born and raised in New York’s North Country he grew up around the Adirondack high peaks and in 1980 he completed his first peak: Mt. Marcy. However, it wasn’t until he became postmaster in West Stockholm 17 years later that Reed decided to become an Adirondack 46er.

Postcards From the Road is a production of WAMC Northeast Public Radio and is hosted and produced by Elizabeth Hill.  Our Theme music is Cherry Blossom Wonders by Kevin MacLeod. As always if you like what you hear subscribe on your audio app of choice.  If you would like to share your travel story with WAMC email us, at [email protected]